AKA metal detectors use a pseudo-graphical interpretation of the search results, the so-called hodograph.
On the hodograph, the signal from the target is displayed in the form of a ray or loop:
• If the target is a point (for example, a coin), you can see beam
• If the target has a large area (for example, a cover from a can), you can see a loop
The display itself is divided into 2 areas:
• Left - ferrous metals
• Right - non-ferrous metals
This is how hodographs of various goals look like 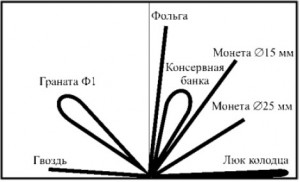 Hodograph AKA for various purposes
Different signals from targets on the AKA metal detector screen
In the S-algorithm mode, the steel plug goes into the black zone. The hodograph of such a situation is shown  lower.

Hodograph AKA for steel cork in s-algorithm mode
A copper coin is displayed in the right sector. Below is the hodograph when the coin lies flat to the coil (not on the edge). Coin with a diameter of 2cm.

Hodograph of a copper coin
Below is the hodograph for silver flakes. The scale lies flat (not on the edge).

Hodograph of silver scales
Below is a hodograph of a nail. Signal care in the left half of the screen.

Nail hodograph
If we have a situation of 2 goals, black and color, then we get 2 hodographs on the screen. (To do this, enable accumulation 2 or 3 in the device settings menu)
Moreover, the black target will have a hodograph to the left, and the color target is to the right. Below is a picture for a nail and a copper coin 2cm in diameter.

Hodograph of a nail and a copper coin
For large copper coins, the hodograph will deviate strongly to the horizontal to the right. A little lower is the area of phantoms and hot stones. The hodograph on the picture is 5 kopecks of Catherine. 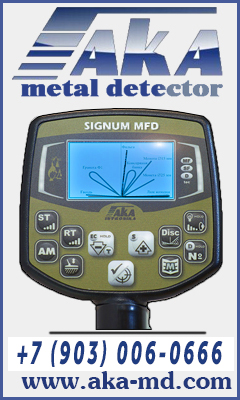 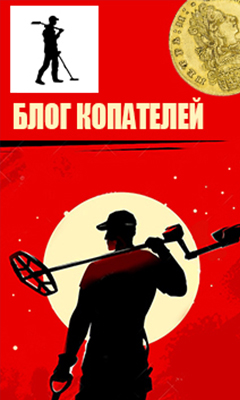 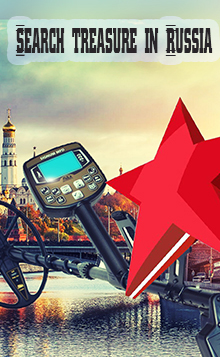